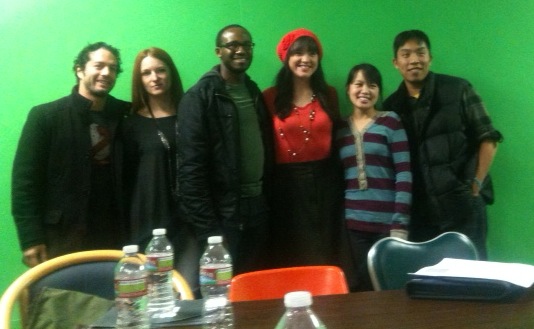 Zero Sight: Bad Call has been cast and the initial table read has been concluded.

Commissioned by Red5 Studios (maker of the Firefall video game) for their geek-centric Stage 5 TV, Bad Call is not-exactly a pilot for a Zero Sight web series. Calling it a prequel would be both more and less accurate, since a prequel is (by definition) produced after, not before, but it stands on its own.

The short follows Veronica, an avid gamer, as she uses her first-person-shooter world view to navigate a tale of stolen cell phones, douchey ex-boyfriends, and unstoppable international assassins.

Bad Call shoots in January, directed by Liz Rizzo, and will go live on the channel sometime later in the year.