Red Right Hand: IT'S OKAY TO FAIL THE BECHDEL TEST*


IT'S OKAY TO FAIL THE BECHDEL TEST*

In the last couple of days, I've come across a few cases of The Social Network being criticized for failing the Bechdel Test.

To pass the Bechdel Test a film (or TV show, or book, or comic, or whatever with a story in it) must fulfill these criteria. 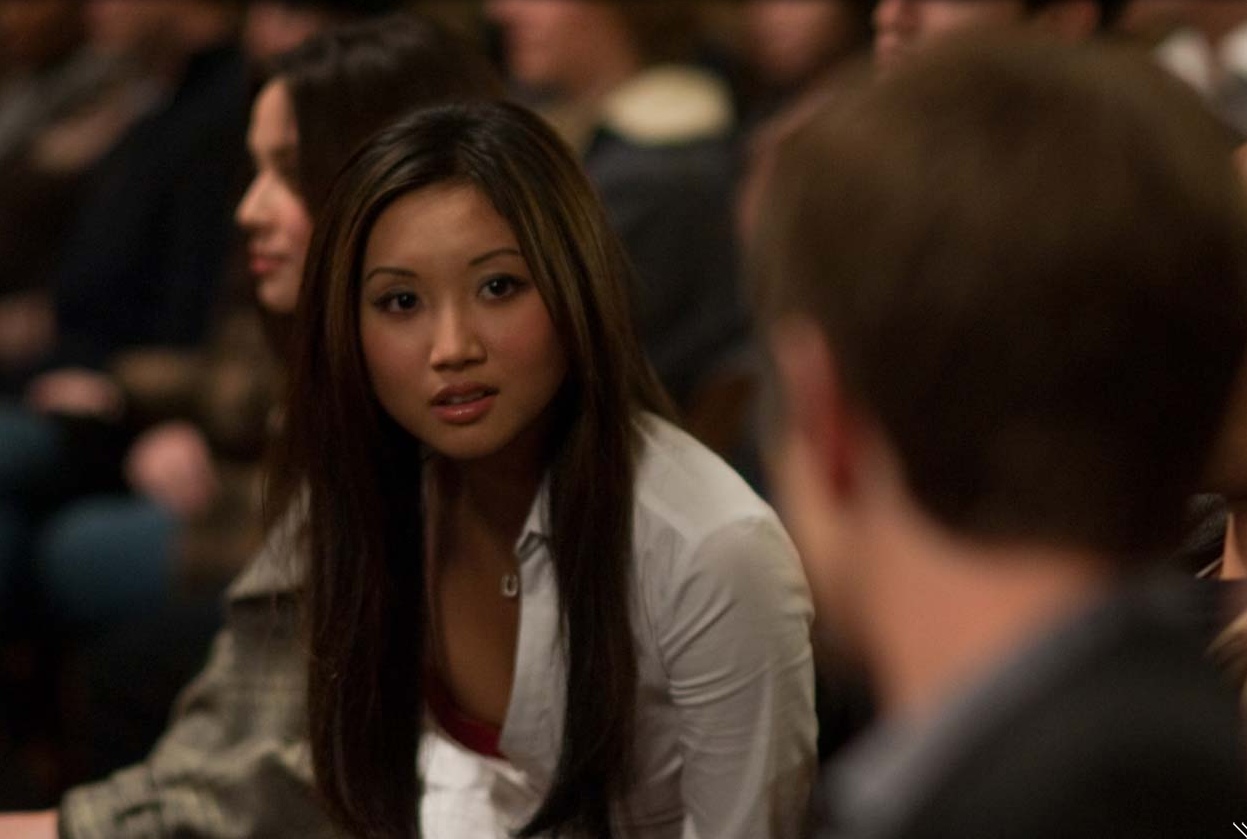 Most of the time, I'd say it's an admirable goal to try to hit those three points and with the exception of Mastermind (which features only two characters, a man and a woman) my work generally meets these criteria. The Social Network does not. Nor should it.

The chief complaint is that the women in the film are treated as objects, more or less. Sorkin himself admitted as much when called on it on The Colbert Report. He called them prizes. And he's right.

Another suggestion was that Zuckerberg surely had friends who were women. Normal, non-prize women. He probably did. Including them would have hurt the film. Yes. HURT the film.

There's a reason for this Bechdel failure. And I thought it fairly fucking obvious from the first five minutes of the movie.

According to The Social Network, Zuckerberg started this who Facebook thing for two reasons. He wanted to do something that would get him into the exclusive final clubs and because a girl dumped him. And this was a girl who was portrayed in the movie with intelligence, class, and a conservative wardrobe. She was, aside from Rashida Jones' audience-identifier character, the only one.

So is it unreasonable to think that an self-serving egotist who just got dumped might develop (or further develop) a less-that-awesome attitude toward women? Given the first thing he did after said dumping was to create Facemash - an all female hot-or-not clone made up of Harvard's female population. Doesn't that give you a little clue about who we're dealing with?

This movie is about Zuckerberg first and foremost and, as the character in the film, his view of women was as prizes. They were his reward for being smarter than the next guy. Saverin wasn't far behind in that view.

"What are we to do with a great film that makes women look so awful?" asks Rebecca Davis O'Brien in her Daily Beast piece. Well, that's not the point of the film and I am not allowing for dumb people who take that away from it. There will always be dumb people who don't understand and I'm never making allowances for them. So, let's face it, not all women are awesome individuals. Nor, of course, are all men...as I think the movie itself demonstrates. Is it not unreasonable to think that the shallow, the stupid, and the self-centered (who are the most likely to behave in an immature and pyromaniacal manner) would be the ones that would attach themselves to assholes who look like they're going to richer than God Gates? So those are the ones that are going to gravitate into the story.

In the narrow scope of the film (which is Zuckerberg's greed, self-aggrandizement and insecurity), including women in his life who do not fulfill the role of prizes will only serve to dilute that part of his personality damage the thematic focus. It would not be a complexity, it would be a contradiction. In real life - yeah - it's a complexity. This is not real life.

So some people, I think, have missed the point.

So, occasionally, depending entirely on the subject matter of the film, it's okay to fail Bechdel. When any of those three fall outside the scope of the work, it's just chaff**.

*Not always, but sometimes.

**The Great Escape, for instance would be brought down by having some unnecessary subplot created solely to get women into the movie to make them talk about something other than a man. As it was, I'm glad they didn't create an insipid romantic subplot to get a woman in there at all - as was done with The Caine Mutiny. It doesn't make either of them bad movies - there just weren't women in the stalag or on World War II minesweepers.