A lovely collision of two of my favorite things: Nine Inch Nails and weird television. Mister Reznor has recorded a special version of "Zero Sum" from his concept album Year Zero (which in itself has been on a slow track at becoming weird television) for a Fringe promo.

Not just that, but the rewritten lyrics are actually lines of William Bell's. Nimoy/Reznor mashup for the win!

Wait, it gets better...if you're as geeky as me. When Year Zero was first coming out, there was a big ARG (which I've previously written about here) and part of it was leaking the songs prior to release. If you ran the noise bursts at the end of the songs through a spectrograph, it would reveal images relating to the storyline. Thus has Reznor been up to his sneakiness by embedding a Fringe glyph into the new version. As I don't imagine mast people have access to spectrothingy software, it is included below. 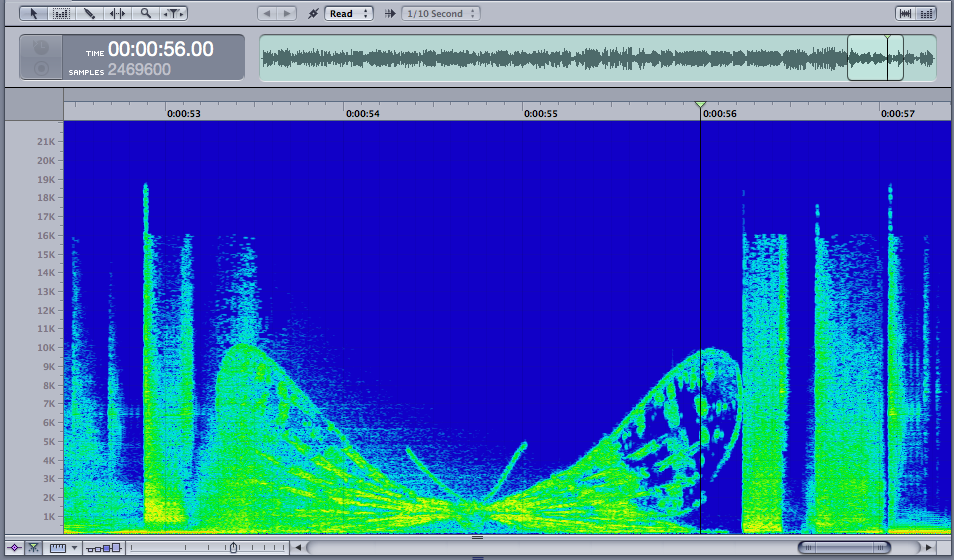 After Fox’s marketing department showed the Fringe producers a version of the promo that used “Zero-Sum,” series exec producer Jeff Pinkner simply asked a nearby Reznor acquaintance - that’d be co-creator J.J. Abrams - if the NIN musician might be interested in a collaboration. One email later, Reznor was on the case. “We offered him compensation, and he said, ‘No, no, I just want to have fun and be part of something cool,’” says Pinkner, adding: “How often do you get the chance to work with somebody like that?”

Yeah, so...umm...how can I get word to Reznor that I need a 15-30 second theme song for the Mastermind web series (which should be going into production within the next week and a half or so, barring swine flu, water main breakage and random mutation). No compensation, but it's something fun and cool.